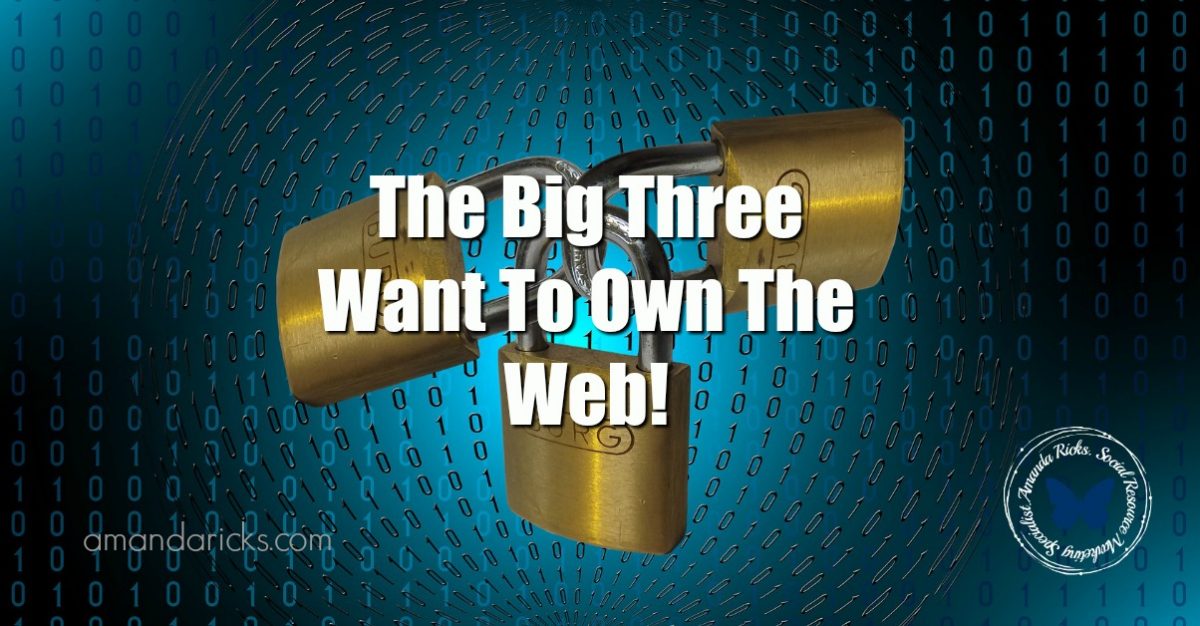 Some people, well actually it seems a lot of people, are getting creeped out by how much they are being tracked on the internet. And in particular, many feel the big three; Facebook, Google, and Amazon want to own the web and take over everywhere.

Are you one of these people? Do you use various blocking extensions, apps, or even VPNs to try and halt companies from following and recording your web activity?

It seems that Cookies have become a dirty word on the internet while people frantically try to block and erase them from their browsers and computers.

And perhaps everyone isn’t being paranoid or silly because more evidence and information continues to come out in regards to the advancement in internet tracking techniques. But do you know the real reason why Facebook, Google, and Amazon are investing so much time, effort, and money into following, recording, deciphering, and using your web behaviour?

Recently I came upon an article that explained this phenomenon in a detailed, data backed, and insightful way. The article I’m referring to is, The Web Began Dying In 2014: Here’s How by Andre Staltz. I found the article to be an interesting read.

Here’s a snippet of the introduction.

“Before the year 2014, there were many people using Google, Facebook, and Amazon. Today, there are still many people using services from those three tech giants (respectively, GOOG, FB, AMZN). Not much has changed, and quite literally the user interface and features on those sites has remained mostly untouched. However, the underlying dynamics of power on the Web have drastically changed, and those three companies are at the center of a fundamental transformation of the Web.”

‘It looks like nothing changed since 2014, but GOOG and FB now have direct influence over 70%+ of internet traffic.’

Newsweek has also written an article about Andre Stalz’s suggestions for the future of the web.

Check out the above links if this topic interests you too.